We’ve all undoubtedly had the notion of respect for people drilled into our heads. Of course, it’s easy to speak about such a principle. Much  harder to live it.

In any event, let me humbly add another recipient of our deserved respect.

First, a distinction, it’s not THE Process, meaning we are not talking about one single, special process that is elevated above all others. We’re talking about ANY process within our value streams.

OK, you may be thinking, why would we respect a non-person or non-entity? And how would we render such respect? 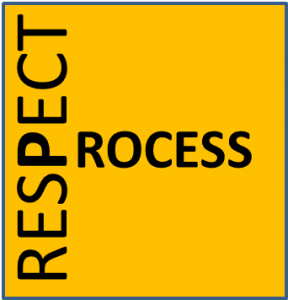 In short, respect the process and it will respect you.