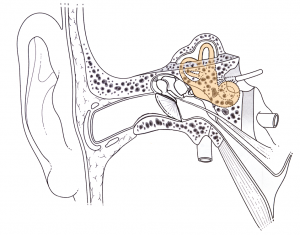 Lean transformations might be easier if we possessed some measure of the sixth sense – extrasensory perception (ESP).

Of course, (sort of) like in the 1999 psychological thriller film, The Sixth Sense, we might be inclined to whisper repeatedly that, “we see concrete heads.” You know, that lean euphemism for folks who obstinately resist good change.

But, I’m guessing that five senses are more than enough for effective lean living.

Let’s see, as characterized by Aristotle, there’s the sense of sight, hearing, touch, smell, and taste. Clearly, they are most powerful when working in concert.

That said, many lean practitioners are usually fixated on the first sense – sight.

We talk about eyes for waste, shiny eyes, direct observation, visual management, visual controls, and line of sight. We want the abnormal to be easily discernible…typically through drive-by visuals.

Yup, for good reason, we love the visual stuff.

The sense of smell is often underrated.

Our olfactory senses are useful for detecting a host of abnormalities (not just smelly co-workers), especially when working with things like machinery (is there an electrical short or bearing issue?), curing cycles, reactions, or assessing the cleanliness of an area, etc.

Taste? Well, there must be some lean application somewhere. Any lean bakers, chefs, vinters, or brewers out there? Especially brewers.

This leaves us with the sense of hearing.

Yes, how about the sound of an operation and its rhythm or lack thereof? Is it operating within a certain cadence? Is it running to takt? Is it not running? Is there idling?  Frequent starts and stops? Is the noise level uncomfortable?

How about when we get to the health of machinery, equipment, and people (as in harmony)?

Like a car, can we tell when it just doesn’t sound right?

Value stream analysis requires mapping the flow of material and information. The flow of information, or lack thereof, is often manifested in audible signals. What do they reveal? Where are the opportunities?

What about what your co-workers are saying? Can we pick up on the intentional and unintentional clues that our people regularly sprinkle within the spoken word?

These are clues that point to:

While we must listen for such words, we must do so with the aid of our eyes to provide context and insight from the individual’s body language.

And, of course, we must be listening for what is NOT said. Again, this is a prime opportunity to strategically use open-ended questions like, “How do you feel about that?”, and “What do you see?” Once the words begin to flow, the lean leader can take it from there.

Just as we develop our eyes for waste, we must tune our ears for effective lean listening.

I know I’ve had my share of lean-induced pain. But, as one man was wont to say (he was never at a loss for words), “Knowledge makes a bloody entrance.”

I’m hoping that in some strange calculus, I’m getting more knowledgeable every day.