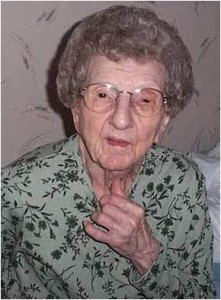 A few years ago I got a tech support call from Mimi on my drive home from work. Trouble with the remote again, the batteries both fell out and she wasn’t sure in what direction they should go back in.

Having a point of reference to verbally describe orientation was impossible. Her eyesight was poor and the remote didn’t have the (+) and (-) displayed very well. Instead of springs on the (-) end in the remote there were just slightly raised clips, so no help there.

Next, I pulled over to the side of the road for a 35 minute chat about changing them 180 degrees and trying different battery configurations. Finally, she said that the batteries might be dead anyway. The remote had been burning through batteries.

A remote that is draining the batteries constantly? Hmm…something didn’t sound right, so I decided it was time to go to the gemba with grandma.

Normally, when I visited her we played cribbage, but this time we were going to do some TV watching and gather some info.

She said she had been replacing the batteries about every 2 weeks because they kept dying on her. After replacing them, the remote would work for a short while and then have more problems and she would just change them again.

I tried using the remote and didn’t have any issues. She gave me a dirty look and said, “That’s all well and good until I need to watch The Days of Our Lives and then it won’t work, mark my words”

Then suddenly it happened.  The remote didn’t work for her. “Oh fiddle sticks there it goes again.” NOTE: Fiddle sticks is a curse word in the Mimi dictionary.

I saw something that I would never have discovered if I hadn’t gone to the gemba.

Mimi had arthritis which made her joints very sore.  It also made the pointer finger on her right hand crooked to almost a 90 degree angle.

When she tried to change channels or hit the buttons sometimes that crooked finger would block the Infra Red beam that would send the signal to the TV.  It was a user issue.

The solutions were simple.

Mimi had to remind herself to keep her finger out of the way and I put 2 fresh batteries in the remote and taped it shut so they wouldn’t fall out.

She never had trouble with the remote again and we played cribbage 3-4 times a week for almost two years till she passed away.  The new batteries actually outlasted her…I think she would have enjoyed knowing that.

This post was authored by Jon Wetzel, creator of the Lean for Everyone Blog where he posts about the uses 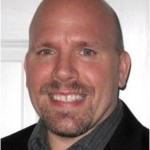 of lean concepts in everyday life.  Jon has 16 years worth of experience in startup biotech, invented the scented pen, and balloon sculptures for fun.  He is also certified in Lean, a Six Sigma Black Belt, a member of the Michigan Lean Consortium and runs his own consulting company – Lean for Everyone.  Jon can be contacted via e-mail at [email protected]