Truthfully, the only times I have ever heard the term "plausible deniability," other than my own frivolous use, is in movies or TV shows about clandestine operations and the like. Wikipedia says, at least for now,

Plausible deniability refers to the denial of blame in loose and informal chains of command where upper rungs quarantine the blame to the lower rungs, and the lower rungs are often inaccessible, meaning confirming responsibility for the action is nearly impossible... 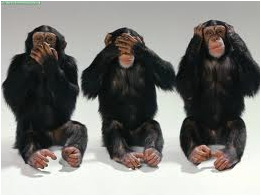 Sounds spooky, no pun intended. In a lean environment there's no place for plausible deniability. It's all about transparency and the ability to identify abnormal conditions and, not to be redundant, opportunities.

Leader standard work is SDCA (standardize-do-check-act) in action. It seeks to determine whether standards are being adhered to and whether they are sufficient - very important stuff when you are to trying to sustain lean gains and develop a lean culture.

A supervisor or team leader's leader standard work may represent as much as 50% of their time on the job. A next level manager 30%. A value stream leader (i.e., plant manager) as much as 20% or so. Is each level's standard work totally different? No! There's redundancy. The frequency and scope may differ, but the checker, and the checker of the checker (and so on) is being checked at multiple levels.

This may sound like muda. But, in lean we often rely upon "human systems." Human systems are fragile in nature and therefore need rigorous support and maintenance. This rigor requires direct confirmation. Are you more inclined to properly execute your assigned tasks if you know that someone is going to be auditing your work and your area of responsibility - in person?

Indeed, while leader standard work must include the superior checking the subordinate's leader standard work document to, among other things,: 1) ensure that it has been completed in a timely manner, 2) identify what abnormalities have been identified (and whether they are of a repeat variety), and 3) the sufficiency of the subordinate's countermeasures, it also must include direct observation. We, like Taiichi Ohno, must prefer facts over data.

The superior's leader standard work must also require him or her to go to the gemba and for example, ensure that the operator(s) is working in accordance with standard work - steps, sequence, cycle time, and standard work-in-process. Anything less than that and we're in the plausible deniability realm, taking the "word" of the second hand information and never verifying...even though we may have more than an inkling that the system is breaking down. "Hey, my subordinate was checking that in their leader standard work..."

It's not that we shouldn't trust people, we just need to be good lean pragmatists. We need to model the proper behaviors and actively lead and coach. Good leader standard work, and thus SDCA, does not co-exist with loose and informal chains (of command). Nothing deniable there.