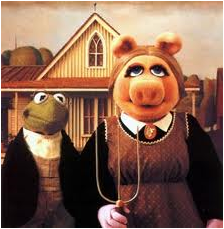 Recently, I facilitated a very large kaizen team - 16 people. There were many credible warnings from folks in the weeks prior to the event. "This will be a very tough group," "You thought the people from X were challenging, wait until you work with Y," etc.

The stakes were high, in that we were embarking on a new stage of the lean transformation. We were moving from the pilot location (and its value stream) to what we call "initial deployment" (ID). This is where we expand the roll-out typically to one additional location (sometimes another cell or line within a given site, sometimes a different site altogether) before then moving to full scale deployment.

Within ID, we wholly expect to experience technical scaling issues and human resource development challenges. It's also a juncture in which there is a risk that people within the ID site may feel like  they are getting newly improved processes, with the associated standard work, visual controls, etc. that were developed at the pilot, jammed down their throats. This is one reason why we engage in what we call "a net change activity" to identify differences between the pilot and ID value streams and make appropriate adjustments. The activity also invariably identifies other improvement opportunities, some even within the pilot itself.

Our kaizen team environment, to say the least, was exciting and intimidating at the same time. Over the course of the week, the team ended up identifying a number of opportunities, implemented some outstanding improvements, established an excellent foundation for the initial deployment, learned how to PDCA, and had a boatload of FUN!

It's not that fun was necessarily just an outcome. It was an input. It was an enabler.

OK. So, "fun" is relative. There's fun at a wedding reception and then there's fun doing kaizen. In the world of kaizen, there's a big difference between, "I'd rather having a root canal," and "Hey, change is hard, but there's a lot of camaraderie and more than a few laughs. We can do this!"

Our 16 person team definitely was in the latter camp. We had a lot of laughs.

It was reflective of a spirit of humility - not so easy in this particular industry, often with some serious caste differences. The laughter was self-deprecating, defused the stress, helped folks move on when their "check" within PDCA revealed that their needed serious adjustment, facilitated candor,  fostered participation, and helped provide the team with energy to put in some pretty long hours. And no one was safe from the occasional fun-loving jab - executives, directors, managers, staff, and...me.